Save Capel’s Regulation 19 responses have been submitted 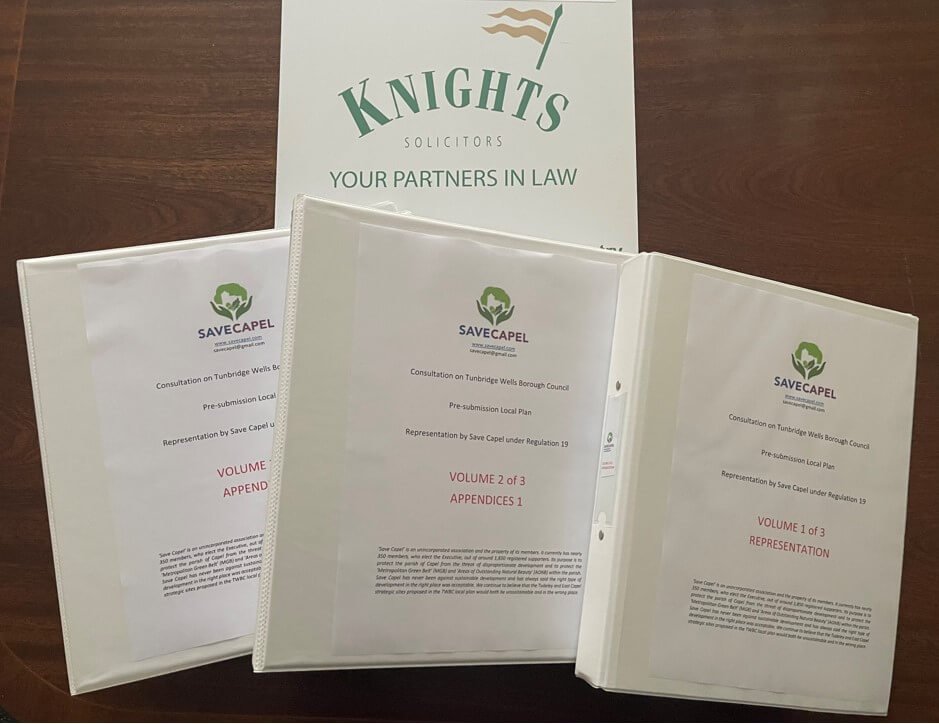 Two years ago, almost to the day, the residents of Capel Parish were given the devastating news by the Head of Planning Services at Tunbridge Wells Borough Council, that 4,300 houses were being planned to be built in Capel as part of their Draft Local Plan. As a result, SaveCapel was formed as an action group to fight these grotesque plans and our efforts, generated an unprecedented response to the Reg18 process which took place in late 2019. We take this opportunity to thank those who helped and supported us at Reg18 which produced such fantastic results and responses.

Fast forward to March this year when the Reg19 Pre-Submission Local Plan was published which effectively ignored all comments made by the community at Reg18. Furthermore, Capel Parish was further “punished” by having an additional 700 houses added in the current iteration of the Local Plan.

The SaveCapel Executive, supported by teams of enthusiastic volunteers, have been working tirelessly, trawling through planning documents and policies to make a robust case against the disproportionate number of houses proposed for Capel. This has culminated in the production of detailed reports which form the basis of our Reg19 response  which has been submitted by our Barrister.

The SaveCapel Executive wishes to publicly thank the many team members who have sacrificed enormous amounts of their spare time to help bring us to “base camp”, submission of our Reg19 response, on our climb to the summit of our mountain. The next stage of our climb is going to be very tough, but SaveCapel is committed to reaching the summit and with continued help and support we believe our goal can be reached. 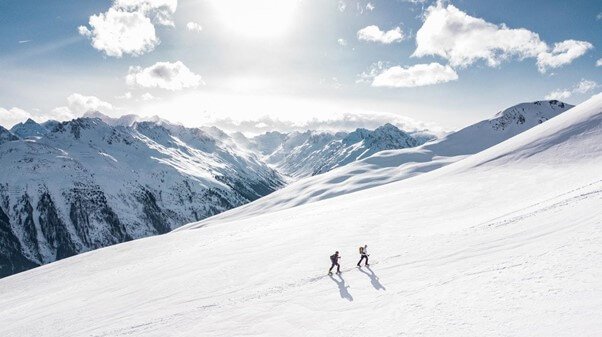 In-depth investigations and research have enabled SaveCapel to make a robust response with team generated reports supported by those made by experts funded by your generous donations. View these reports online.

On behalf of you all, the Save Capel Executive would like to give a special vote of thanks to some of our Team Members:

We would also like to thank those Tonbridge & Malling Borough Councillors who spoke up to support our cause at the recent extraordinary meeting of their Transport & Planning Cabinet Advisory Board meeting. Also, Tom Tugendhat, the MP for Tonbridge & Malling, for putting in a robust Reg19 response to TWBC. A number of TMBC Councillors also drafted strong responses supporting our campaign in the Reg19 process.

Last but not least a big THANK YOU to everyone who has supported us by buying merchandise, tea, attending functions and making donations both large and small, it has enabled us to engage the best professional expertise to underpin our case.

TWBC will now be reviewing all responses to the Consultation and making a final decision on whether to submit to the Secretary of State. We will be publishing details of the next steps in the process, in our next newsletter. We look forward to meeting up with everyone at some fundraising events when the Covid restrictions ease to allow a more relaxed personal contact and mixing environment.

SaveCapel ·
@SaveCapel
Good to have Keep the East Cliff Green! onboard with the 'Kent Day of Action' on 28th Nov! #savekentsgreenspaces
https://t.co/sgH49c7Jtp
View on Twitter
0
1

SaveCapel ·
@SaveCapel
Mark 28 Nov in your diary. We will be releasing details soon about what @SaveCapel is doing to mark the Day of Action @KentsGreenSpace to highlight the developer feeding frenzy of Kents precious green spaces #savekentsgreenspaces https://t.co/myr0hh3Nzb
View on Twitter
2
2

SaveCapel ·
@SaveCapel
1 of 2 So, @TWellsCouncil has submitted its Local Plan for national inspection - including over 600 acres of prime agricultural green belt land proposed for development in Capel alone https://t.co/Nboy7oxBrh
View on Twitter
3
3

SaveCapel ·
@SaveCapel
What if @TWellsCouncil took this idea onboard? Instead of destroying the boroughs valuable Greenbelt there are many brownfield opportunities in town crying out to be repurposed. https://t.co/wjzWENCzCU
View on Twitter
1
3
Follow @SaveCapel