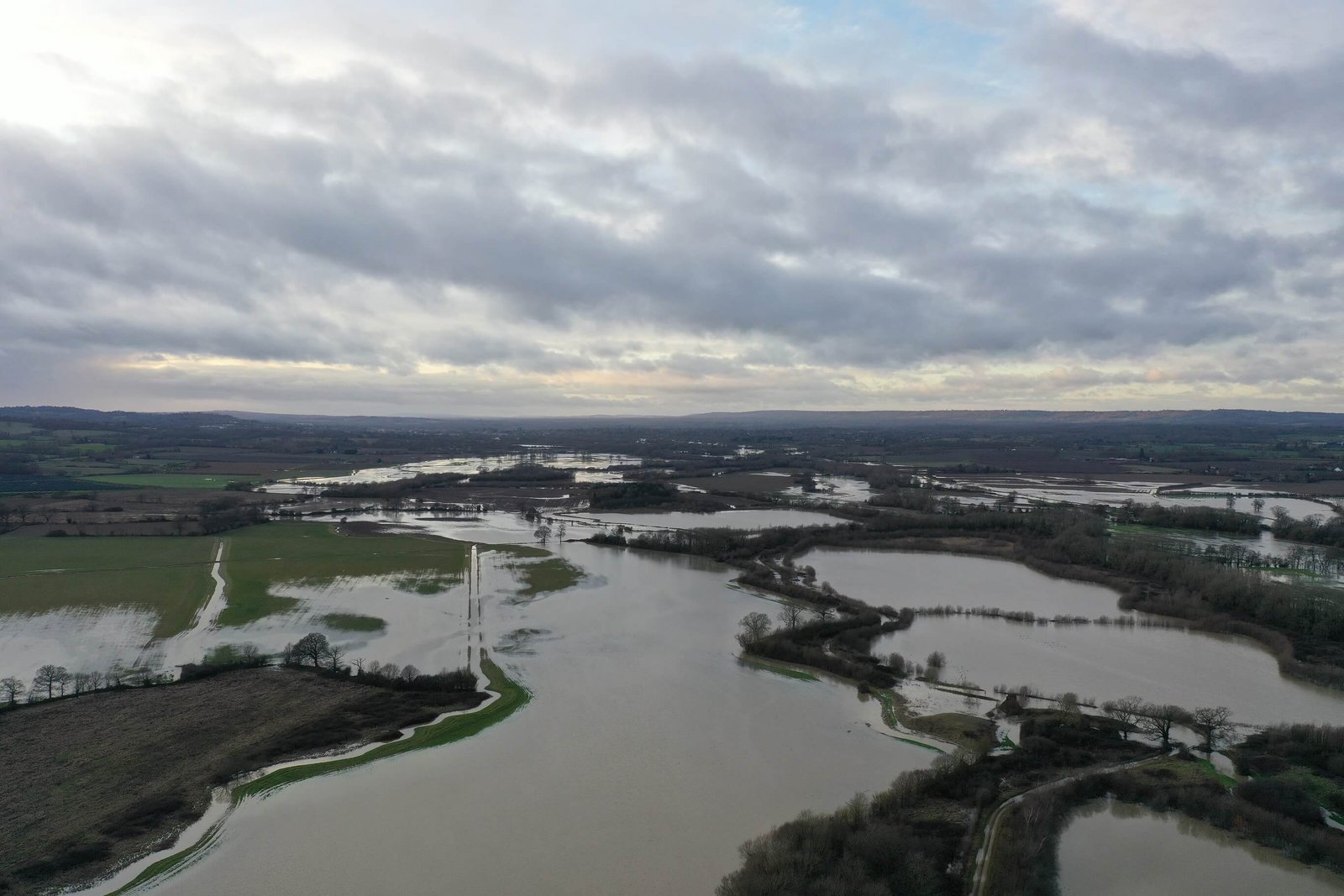 We believe this note is far from objective, and we believe the public, and Borough Councillors, need to be better informed. Therefore, below, we have prepared our own commentary on those aspects of particular concern.

A copy of the full document outlining this briefing can be found on the Save Capel website at this link.

It is also worth pointing out that the majority of the 2,000+ responders to the consultation exercise, described as “…the highest response to any consultation/ engagement undertaken by TWBC Planning Services”, objected to the plans for Capel parish. Much work publicising the consultation was done by members of the Save Capel campaign, which we believe further entitles us to comment on Mr Baughen’s update, and in particular the following:

Note the text in bold italics is extracted from the briefing document, the remaining text outlines our comments.

Responses from residents objecting to particular sites (and in many instances recognising that new development is required, but suggesting that development should be located elsewhere).

This statement glosses over the fact that the weight of objections was raised about the sites in Capel and, as such, did not just come from local residents as the above insinuates. The idea of a new town at Tudeley, for example, was greeted with dismay and concern from residents both in and beyond the proposed site. TMBC put in strong objections, as did MP Tom Tugendhat, who wrote at length about his concerns. KCC also commented about the unsuitability of a proposed site for a new Secondary School in Capel, and highlighted other concerns about development of the Tudeley and Paddock Wood sites, particularly in relation to Heritage Conservation, even commenting that “Development of this site (or part of) should be avoided.” Capel residents are acutely aware of the unsuitability of their own environment for development on such a large scale, whilst accepting the Parish should accept some development. But to place over 50% of the total allocation for the entire Borough on one rural ward is as unsustainable as it is unbalanced.

As was very recently demonstrated, flooding is a major issue in the area. KCC publishes data on land in Kent in National Flood Zone 3, to inform Planners when considering locations and potential flood risks to developments; 6.8% of that land is in Tunbridge Wells Borough, and all is either in or adjacent to the flood plain where development is planned in Capel.

There is a wide-held belief that it is wrong to build on protected Green Belt land, designed to prevent the merger of urban areas, and which is beneficial to health and well-being. The planned developments run contrary to these aims. Just as, importantly, the Capel developments will be built on highly productive agricultural land; Natural England defines the land quality as Grade 2 or 3 (very high or good to moderate).

Capel residents, and supporters from further afield, are sceptical about the sustainability of the Local Plan in relation to Capel. There has been no information about the infrastructure needed to cope with the massive developments; such as roads, services and flood defences for areas such as Five Oak Green, Yalding and East Peckham. We believe the cost implications will, ultimately, make the developments unsustainable and undeliverable. As has been seen elsewhere, it is the affordable housing quota that suffers when development costs rise.

We take from this comment that TWBC has failed to deliver its housing targets in previous years. Indeed, TWBC is faced with its own failure on this front every day, as Councillors and planners look out of their windows at the old cinema site in the middle of Tunbridge Wells. We do not believe the answer is to simply grab the easy solution offered by one landowner, (as quoted by Steven Baughen in an early public meeting with Capel parishioners) to solve a problem of their own making.

TW Planning Services should make a pro-active effort to comply with the NPPF and look elsewhere before turning to green belt land. Supporters of Save Capel have identified numerous brownfield sites that might be developed, if owners were approached. Moreover, the Planners’ argument that non-designated land is in short supply in the Borough is a false one; over 20% of the Borough is non-designated yet very little development is planned for that area.

TWBC is liaising will all these authorities (and Ashford Borough Council and Rother District Council under the Duty-to-Co-operate requirements). This is exemplified by the recent three way meeting with Kent County Council Highways and Transport… and senior planning officers from TMBC, MBC and TWBC to discuss transport infrastructure requirements.

It is heartening to hear that TWBC planners are finally communicating with other authorities. It was made clear to Save Capel by TMBC Councillors that this was not happening as late as July 2019, just before the Advisory Planning Board met in early August 2019. Moreover, it is clear that among the many assessments that should have been undertaken, there has been no cumulative assessment of the effect of these developments across Capel Parish, alongside KCC’s proposed excavation of gravel pits between the two Capel sites, on biodiversity, landscape, and agricultural and Green Belt loss.

The cumulative effects also stretch beyond Tunbridge Wells Borough, with the capacity of the railway line, for example, to carry the extra commuters that will be generated, not only by the developments in Capel and Paddock Wood, but further along the line by large-scale developments in Marden, Staplehurst, and Sevenoaks. This also appears not to be under discussion.

In addition to the progress of neighbouring authorities’ Local Plans, TWBC Planning Services is also conscious of those from further afield, for example, a recent Court decision in relation Page 15 Agenda item I to a challenge to the Guilford Borough Council Local Plan which proposes strategic releases of Green Belt. The challenge was dismissed: the planning press is reporting that this could be highly significant for plans which are similarly proposing Green Belt release.

The planners have neglected to say that there are plenty of arguments to discount the significance of the Guildford ruling. Paul Miner, strategic plans and devolution lead at the Campaign to Protect Rural England, for example, does not think that the Guildford judgment will be as influential as it might first appear. He pointed out that the Guildford local plan was examined under the provisions of the 2012 NPPF, rather than this year’s revised iteration. Paragraph 137 of the 2019 NPPF states that “the strategic policy-making authority should be able to demonstrate that it has examined fully all other reasonable options for meeting its identified need for development”. Because of this, Miner said the judgment “will be less useful as plans come forward for examination under the 2019 NPPF” though he conceded it “may have some relevance where proposals for green belt release are contained in plans being examined under the 2012 NPPF”.

Moreover, there are recent rulings, even in Kent, that have halted developments because of pollution concerns. Those same concerns will apply to the Capel developments, especially when taken alongside KCC’s proposed gravel excavations, which will generate greater HGV traffic. The long building timescale of the developments themselves will subject local residents to over a decade of air and noise pollution, hugely impacting negatively on health and well-being.

#GardenVillageVisions Would you be prepared to look at the proposals for Capel when the Masterplan is published next year, and give us your assessment?
View on Twitter
0
0

#GardenVillageVisions Where transport infrastructure in existing new garden villages has not been put in place despite promises, is there documentation showing why the plans were not deliverable? This would be useful to show where a new development is not workable.
View on Twitter
0
0

#GardenVillageVisions Your findings around what is proposed not being realised is concerning. How do we ensure the deliverability of the proposals? And how do we hold the developers to account?
View on Twitter
0
0

#GardenVillageVisions Are there resources showing costs for roads, cycle paths, bus services etc. for recently built developments? Our local borough is promising excellent infrastructure for the proposed stand-alone 2600 home development but we are concerned it is not viable.
View on Twitter
0
0

. @TfNHomes
We also have one of the highest car ownership/usage already in Kent & well above the national average with no credible mitigation proposed. Section 10 of your report sounded very familiar and we have some questions. #GardenVillageVisions 2 of 2
View on Twitter
0
2

. @TfNHomes Hi, we are in Capel Parish, Tunbridge Wells Borough, facing 4300+ homes in a rural community that would create urban merger across the entire parish. This includes a new garden village and the doubling of a small town on GV principles. #GardenVillageVisions 1 of 2
View on Twitter
0
0
Follow @SaveCapel