Tunbridge Wells Borough Council has included 2,800 new houses in Tudeley with a big senior school next to Somerhill and 1,500 new houses in East Capel (between Five Oak Green and Paddock Wood) in their draft Local Plan.

The Save Capel campaign is raising awareness of the plans and gathering evidence and arguments to oppose the Tudeley, Postern (Senior School) and East Capel proposals in the TWBC Local Plan.​

​The size and scale of the developments proposed in the Tunbridge Wells Local Plan are clearly going to be beyond anything Capel can cope with. The Parish of Capel is at serious risk of being ruined forever. We believe that there are other options that TWBC have available to them that would be much better for the environment and easier to implement with regard to infrastructure.

three ways you can help us Save Capel

Make a donation to support the costs of saving Capel

Become a member and have your say in our camapign 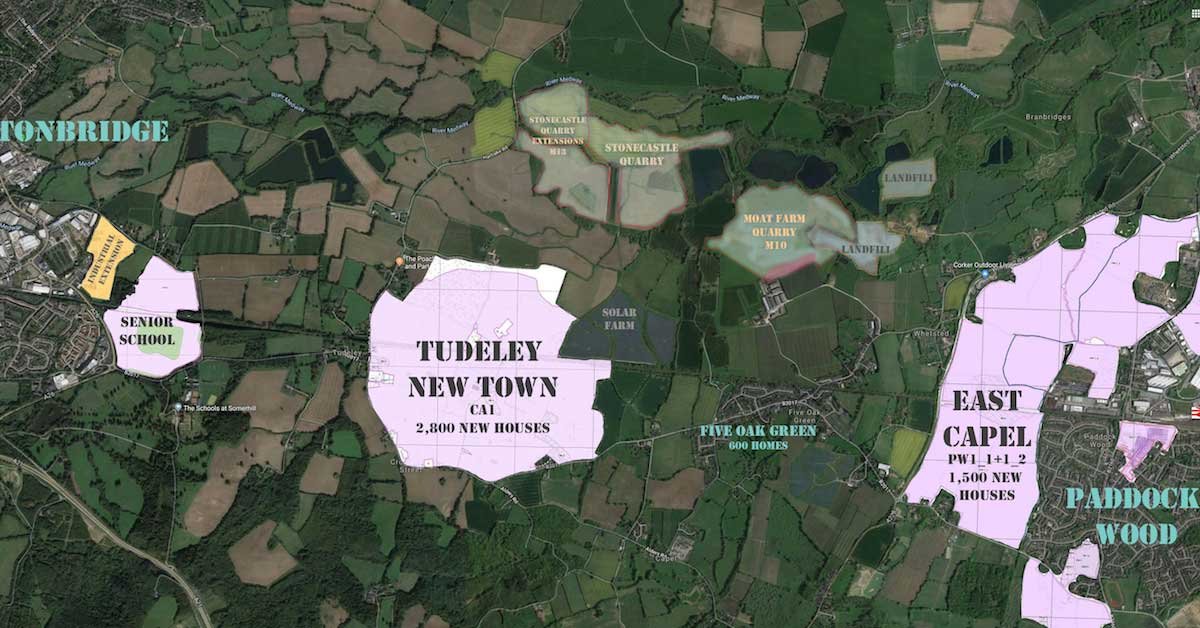 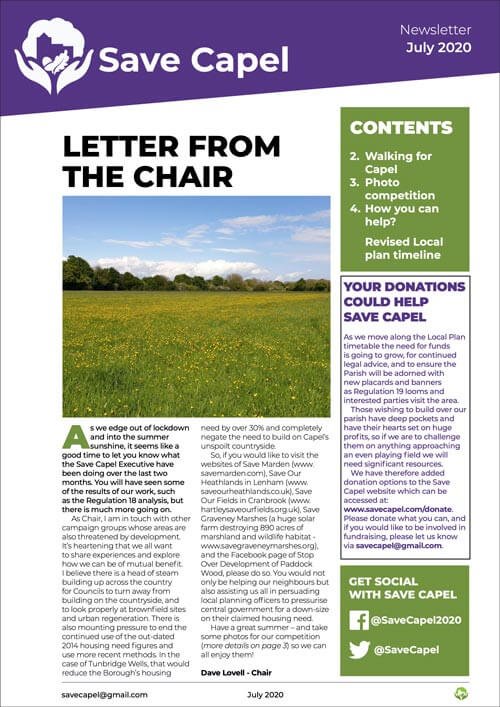 Why has Save Capel asked supporters to become members?​

Save Capel should be run democratically by members of the community, which is under threat.

This is achieved by electing the steering group, or executive as it is known.

Having an elected executive shows that those people who are leading the campaign have a mandate from the community to do so. This is something that has been challenged by external parties in the past.

To make that approach work fairly, ahead of the first election, campaign supporters were asked people to become members, to enable them to stand or vote in the election.
​
Membership is like being a shareholder in a business, who gets to vote on key executive roles and decisions.
​
The difference is there is no cost to becoming a Save Capel member as no shares need to be purchased. And membership is equal to all who wish to join; no advantage is gained from an increased number of shares.

This approach, which is typical of many voluntary and charitable organisations, also means that if enough of the members have significant concerns about how the campaign is being managed, there is a mechanism for them to challenge that.

If the Local Plan is just a draft proposal, why should I worry?

​The TWBC Local Plan will shape how Capel will change in the very near future. It is during this Local Plan preparation phase that we can have the most influence over shaping the future of Capel. Once the Local Plan is adopted, many of the big decisions will have been made, and our influence becomes more limited. It is very important that everyone has their say now. ​

​Is “Saving Capel” just “Not in My Backyard”?

No. We welcome well thought out, good development. People need new homes and the Parish of Capel is a lovely place to live.

​The size and scale of the developments proposed in the Local Plan are clearly going to be beyond anything the area can cope with. Tudeley and the Parish of Capel are at serious risk of being ruined forever. There are other options that TWBC have available to them that would be much better for the environment and easier to implement with regard to infrastructure.

Supporters of garden communities, particularly those with substantial vested interests in their development, will dismiss opponents as “NIMBYs”. That term is  used to attack people who are defending their local environment by those who are seeking to profit from its destruction.